The Voyage of St. Brendan happened a long time ago but Heartworks has revived its memory with this depiction of the voyage on recycled slate

This famous voyage was in search of Hy Brasail, or the Island of the Blessed according to a manuscript written in the 9th century that tells the story.  This manuscript is called Navigatio Sancti Brendani Abbatis. That is Latin for ‘Voyage of St. Brendan the Abbot’.  He is believed to have traveled to Iceland, Greenland and maybe America and all in a little boat called a coracle along with 14 other monks.  The voyage lasted seven years.  It's an inspiring story, one of courage and devotion.  It certainly has inspired Mauricio of Heartworks.   The details of this Voyage of St. Brendan can be as part of our Art on Slate Section 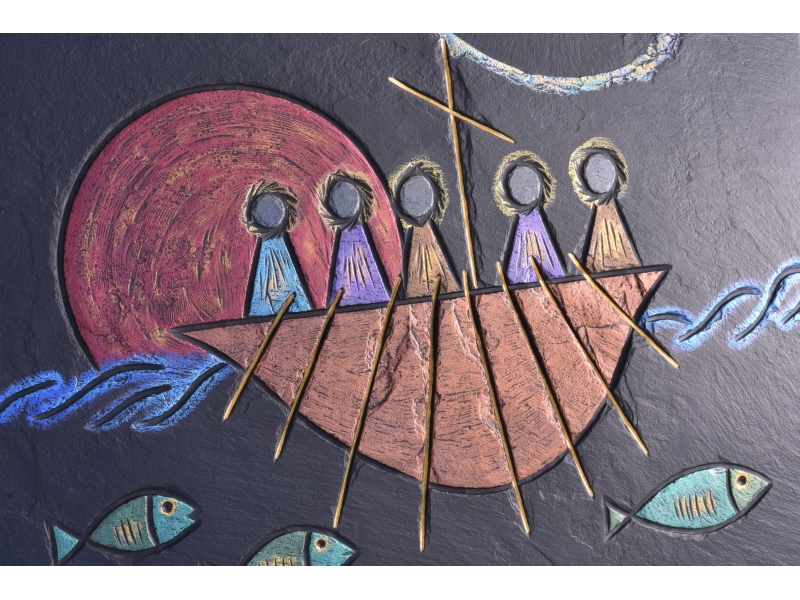