But he doesn't know and he won't find out because none of  you will tell him and he has long since unfriended me on facebook for fear that I might know some of his dark, adolescent secrets.  But I do know and he doesn' t know that I know.  The fact is there isn't much to keep secret.  He's just an ordinary teenager with teenagery things on his mind.  Nothing more, nothing less.  And I don't pry 'cause I know he'll come to me if he needs to.

There is, however, one area where I have failed when it comes to this almost 15 year and that is Tidiness.

Take  a look at his table where he is supposed to be doing his homework.  One hell of a mess, isn't it!!! 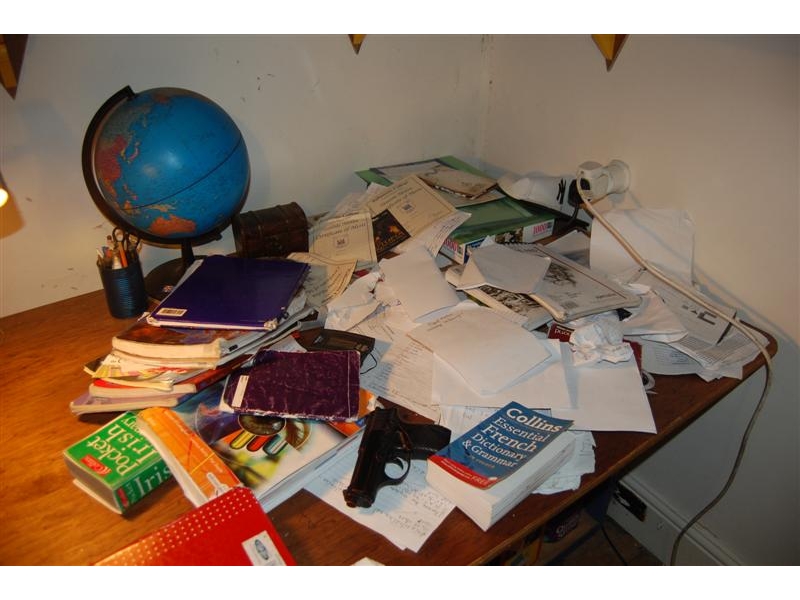