He might not be Irish-born, but he's been around long enough to call him Irish.  He has two Irish sons and an Irish partner (that's me) and has lived more than half his adult life here in Ireland.  If that doesn't qualify him to be called Irish, then I eat my hat!  And ever since he came here he's been making crafts and mainly with slate roof tiles. We're talking about Mauricio, and he makes the most amazing and unique pieces for the home and garden using, as his main material, recycled slate

The word, "tiles" almost suggests something small and manageable but some of the slate he acquires can be up to 120cm long and with the same width.  He loves to get these tiles because he can make the big WOW pieces from them - not that all of his pieces aren't WOW - it's just that some are small and easy to take away with you from a show or our showroom and others are big, awkward to carry and cumbersome.  I use the word "cumbersome" as I think about how he has to come up with packaging solutions for some of the pieces so that they don't arrive broken as slate is quite breakable especially if it receives a knock or a jolt or a fall.  But when that piece is on the wall or a sideboard or in a patio or planted in the ground in the garden it loses that heaviness which is replaced by grace, beauty, and harmony becoming a piece of art.

Some people will say that Mauricio doesn't design and make crafts but rather he crafts modern design on slate.  All his work is his own.  He designs, creates, and brings to its final wonderful end all his pieces, be they clocks, mirrors, or art on slate.  He deliberates endlessly with each piece, and won't let it go until he is content that it is a harmonious piece, deserving to be in the public arena.  But he is never happy with it (a real sign of an artist) or maybe it's because he doesn't like to brag or that pure perfection hasn't been achieved.  Something that looks perfect to me and his fans will be less so to him.

And fans he sure does have!!!  It's a joy to be at a show like Gifted Christmas Craft Fair or the Experience Offaly Pavilion at  Tullamore Show where he exhibits his work each year.  Many spectators come across our stand and stop in mid-flight to gaze at the wonderful slate crafts on the wall or the shelves.  Sometimes, they have to spend a few minutes outside the booth in awe and slowly they will come in with an expression of pure delight on their faces.  Expressions such as "these are really unique"  or "I can't believe it is slate" or "something different" are often voiced.  And they are saying no word of a lie.  His clocks, pictures, and art on slate are truly unique pieces, each one made to perfection and to an extremely high standard.

I said before that Mauricio does not like to brag but he doesn't need to.  I do the bragging for him!!! 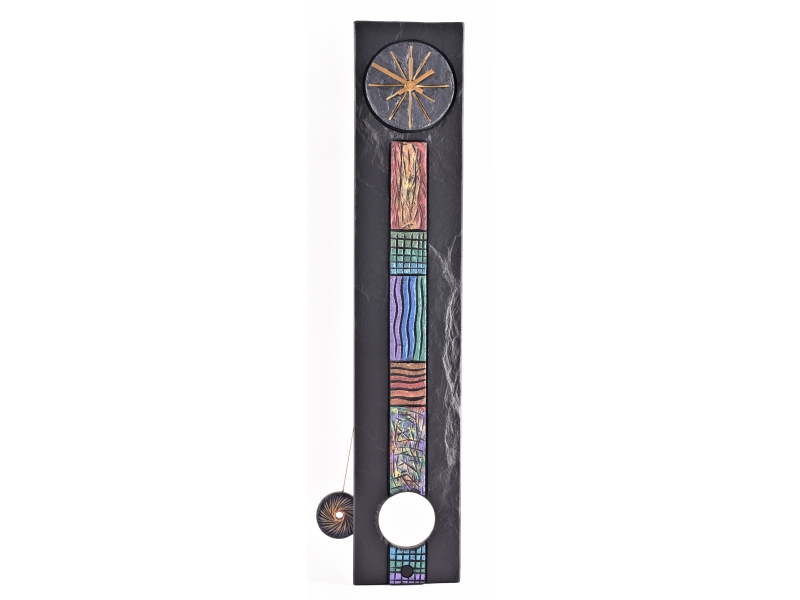 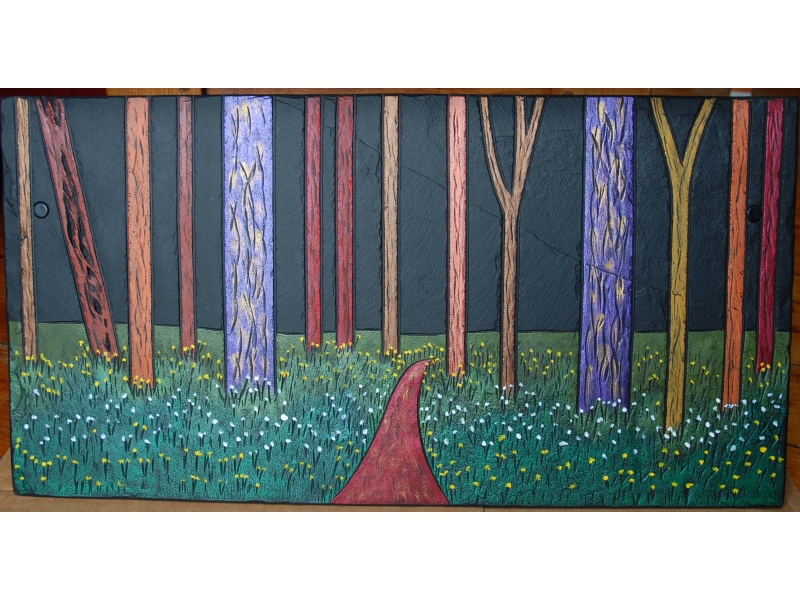 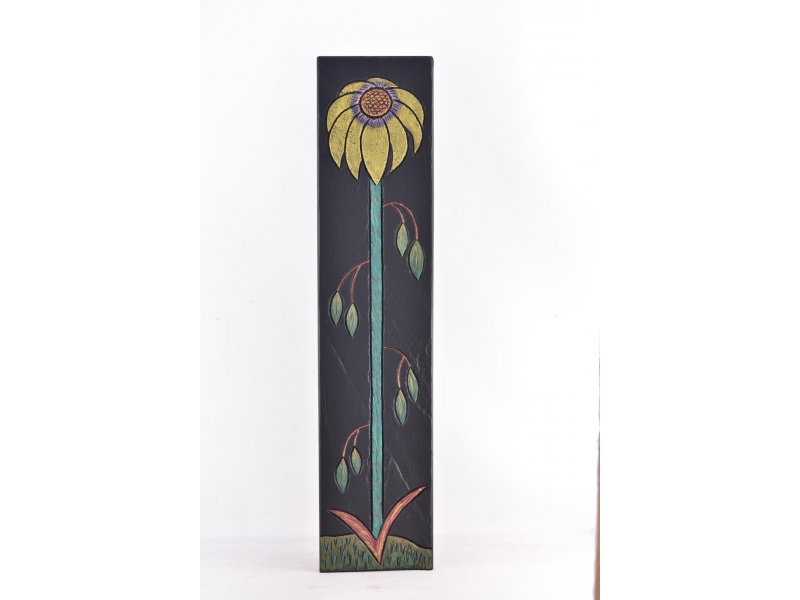